Speaking at the beginning of a virtual meeting that brought together government officials, the heads of major ports, ocean carriers, logistics companies, and others, she said that small businesses had been hit particularly hard by the pandemic and that poor and landlocked countries were at risk of being pushed out of global value chains. But the answer was not a global retreat from trade, she said. 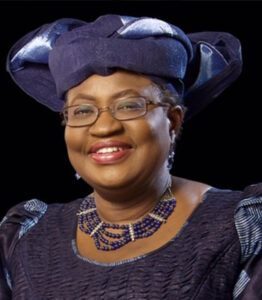 Global supply chains remain congested more than two years into the pandemic, with companies and consumers around the world experiencing delays and higher prices to ship goods. The Russian invasion of Ukraine, and Western sanctions on Russia, have added to those disruptions.

Dr. Okonjo-Iweala said the organization was monitoring the impact of the conflict on global food security, including sharp price increases for grain, oilseeds, vegetable oils, fertilizer, and energy.

But she emphasized that many of the supply chains issues during the pandemic had been the result of more goods moving across borders than ever before. They were “problems borne of success,” she said.

Without effective government policies to sustain demand and help businesses, seafarers, truckers, port workers and others adapt, “the pandemic could easily have led to a prolonged collapse in growth and trade,” she said.

The global volume of merchandise trade has almost quadrupled between 1990 and 2019, and current systems need to be adapted to deal with threats like pandemics and climate change, she said.