by Mgbeke Media
in Uncategorized
40 1
0

Ivanka Trump, who works at the White House as an adviser to her father, President Trump, said she has seen a shift in Republican attitudes on paid parental leave.

The Senate passed a historic measure on Tuesday that would fund paid family and medical leave for federal employees, marking a win for a policy pushed by Ivanka Trump, a senior White House adviser and daughter of President Donald Trump.

The United States and New Guinea are the only two countries out of 170 that do not currently provide financial support during maternity leave, according to the United Nations.

Instead, the 25-year-old Family Medical Leave Act simply required employers with 50 or more workers to grant parents 12 weeks of leave annually to care for a new child — but did not guarantee pay during that time.

While paid leave has consistently had the support of Democratic lawmakers, supportive Republicans were harder to come by.

Here is the card.. 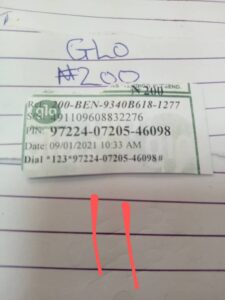 Senate Minority Leader Chuck Schumer and Senate Democratic negotiators secured a tentative agreement for the National Defense Authorization Act to include a significant provision requiring 12 weeks of paid parental leave for all federal employees. A Republican source confirmed that paid leave would be included in the bill.

But Ivanka Trump has made ensuring paid leave for families, and access to quality child care, a significant part of her portfolio for the last two years. She met with more than 60 lawmakers on both sides of the aisle to push federal paid leave, something other industrialized nations have offered for decades.
“As the country’s largest employer, the United States government must lead by example. After three years of relentless advocacy, the passage of the NDAA will secure Paid Parental Leave for all federal employees,” Ivanka Trump said in a statement. “This will mark a HUGE step forward towards making paid leave a reality for all Americans. This new policy represents another incredible win for millions of hard-working American families courtesy of President Trump!”
And her father, the President, called for a national paid family leave program during the presidential campaign and his proposed budget is the first to include a national paid family leave program. He is expected to sign the legislation.
The President also offered praise for the initiative last week.
“With more women working today than ever before, we now have a historic opportunity to enact long overdue reforms. It’s time to pass paid family leave and expand access to quality (care),” Trump said at during a White House summit on the topic, attended by Ivanka Trump and Health and Human Services Secretary Alex Azar.
Though the provision applies to federal workers only, Ivanka Trump has said she will continue to advocate for making paid family leave a possibility for all American workers heading into the election year.
Earlier this month, she expressed encouragement regarding a bipartisan measure introduced by Sens. Bill Cassidy, R-Louisiana and Kyrsten Sinema, D-Arizona, and Reps. Elise Stefanik, R-New York and Colin Allred, D-Texas, saying the White House “applauds” their efforts.
During her speech to the Republican National Convention, before her father was elected president, Ivanka Trump spoke broadly about wanting to change the national narrative about paid family leave and affordable child care.

“As President, my father will change the labor laws that were put into place at a time when women were not a significant portion of the workforce. And he will focus on making quality childcare affordable and accessible for all,” she said at the time.

“As a mother myself, of three young children, I know how hard it is to work while raising a family. And I also know that I’m far more fortunate than most. American families need relief. Policies that allow women with children to thrive should not be novelties, they should be the norm,” she added.
Share10Tweet6Send