Contrary to reports earlier circulated and also published on our platform today, we have been notified that Muhammed Amin Mahmud, also known as Muhammad Zarmeen on Twitter (@mr_zarmeen), is not dead as alleged. 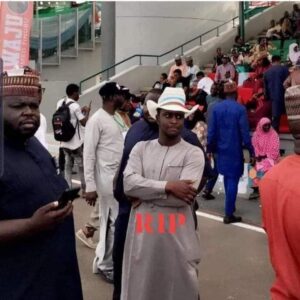 Muhammad confirmed on his Twitter account that he is alive. He debunked claims of his death after the news of his demise during last night’s terrorist attack broke.

We have reached out to him directly for his statement regarding the situation and his ordeal on the ill-fated train, and we will be updating you as soon as he responds.