by Mgbeke Media
in Mgbeke Special
60 3
0

Monday, March 15, 2021, the London social circle was thrown into a mourning mood. This was occasioned by the tragic death of Abimbola Monsurat Arike Abiola Peller, one of the popular female personalities who dominated the society.

Bimbo, as she was fondly called by her close friends, was the daughter of the late Moshood Abiola Peller (aka Professor Peller, Olowo Idan), a foremost Nigerian magician and one of Africa’s most renowned magicians, who died in 1997. He was a native of Iseyin, Oyo State.

She was also the elder sister of Shina Peller, a popular entrepreneur, politician, and a Member of the 9th National Assembly. He is the chairman and chief executive officer of Aquila Group of Companies and Club Quilox.

Bimbo, a healthcare worker, and entrepreneur was born in London on January 7, 1971. The affable lady succumbed to death after a protracted battle with breast cancer. The disease was reported to have been detected many years ago. This informed why she had to undergo chemotherapy treatments a couple of years back. Bimbo’s health improved and this gave members of her family the hope that the worst was over. However, a couple of weeks back, her health deteriorated and she had to be rushed to the hospital.

Unfortunately, she gave up the ghost on the morning of March 15, after she had returned from the hospital, four days earlier. At the time of Bimbo’s death, her twin children – were by her bedside.

Quite expectedly, the news of Bimbo’s death was said to have shattered her family, friends and well-wishers. She was said to be the favourite of her siblings, who adored and loved her to bits. Notable among some of her siblings are Saheed Zeeto Peller, Kayode Joseph Peller, Morenike Peller Basharu, Shina Peller, Akinlabi Barrack Peller, Tunde Peller, Dupe Peller, Kayode Peller, Abisoye Que Peller, among others. 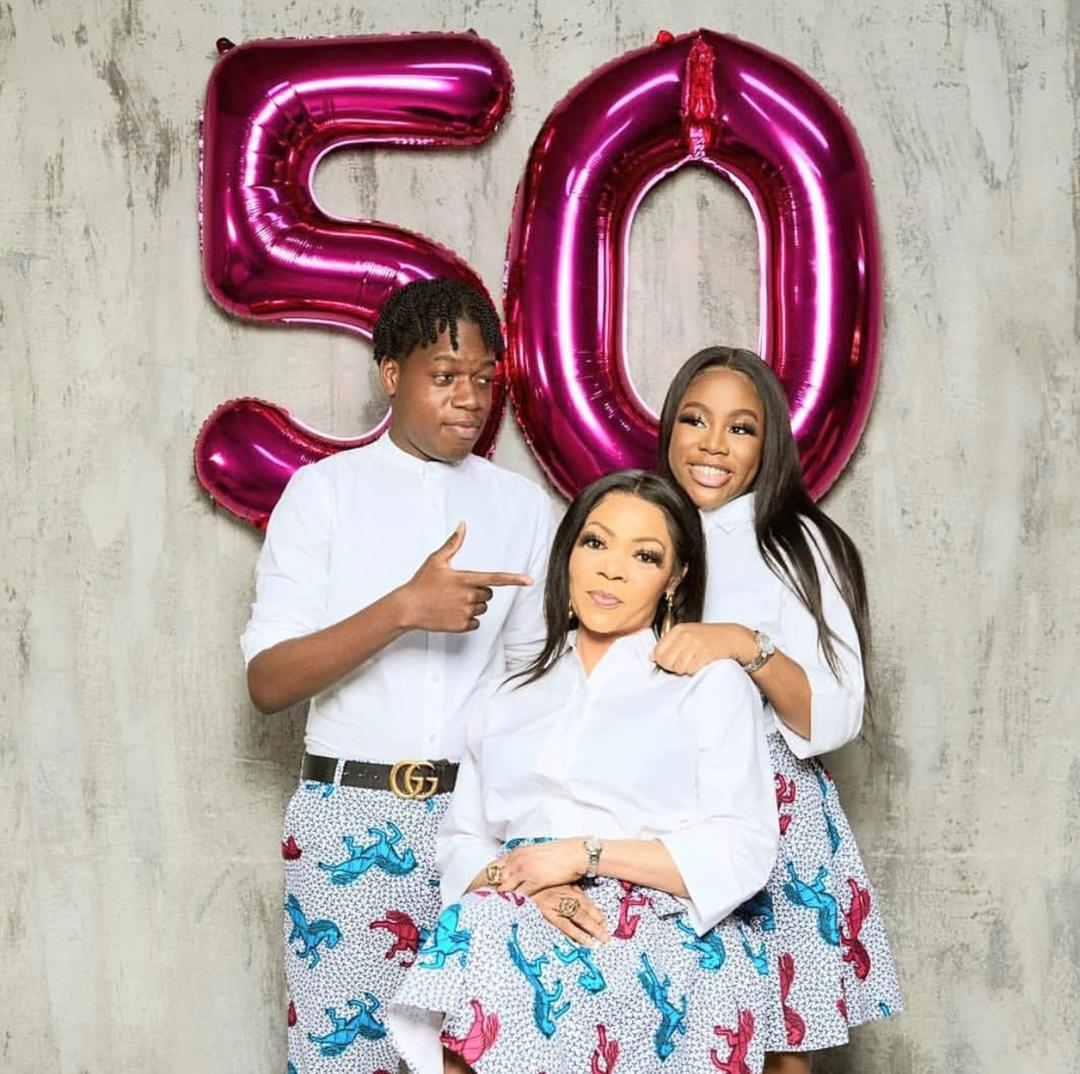 More painful is the fact that Bimbo had planned to host her 50th birthday party this July, during Summer. It was gathered that she had shelved the party when she clocked 50 in January because of the lockdown in the United Kingdom. Besides, she had estimated that by shifting the date for the party to Summer, this would afford her family members and close friends outside London, to attend the party.

But that was not to be.

Ironically too, Bimbo and her friends were reported to have chosen the lace fabric which was to be used as Aso-Ebi (Matching Wears) for the party.

While paying tributes to his elder sister, Shina Peller wrote: “Abimbola Monsurat Arike Abiola Peller. You came, you saw and you conquered. The Irony of life is no one comes out of life alive. You are a true fighter and you will forever remain in my heart. I know the devil wants to use your death to slow me down. You have always encouraged me all your life and nothing will stop me from believing in Almighty Allah who has all the powers to do and undo. He has taken you away from us because He has a better place for you to rest till eternity. Rest In Peace Arikson.

The remains of Abimbola Arike Peller had since been buried in London.