by Mgbeke Media
in Mgbeke Special
41 0
0

Following his recent official declaration of intent to run for the office of the President of the Federal Republic of Nigeria in the forthcoming 2023 General Elections, Nigerian Vice President Professor Yemi Osinbajo has allegedly released his resume online to prove that he is well qualified for the position.

In a move that has since divided the ruling All Progressive Congress (APC) into different factions for and against his ambition, Prof. Osinbajo has followed up his declaration by making his pretty impressive resume public recently.

His audacious moves have raised a few questions that we would like to share with everyone here before we look at the Vice President’s CV. 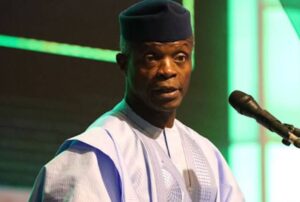 (1) Why has almost none of these vast and laudable qualifications, experience, and capabilities of Prof. Osinbajo been put to good use for the betterment of Nigeria since this administration came into power 7 years ago?

(2) With a hugely unqualified President, wouldn’t it have been much better for Mr. President to have had his VP coordinating all these sectors of the economy that he is so adept at?

(3) Even with this mind-blowing CV, do you think Prof. Osinbajo has done well enough with the opportunities given to him as the Vice President of Nigeria?

(4) Does Prof. Osinbajo deserve a chance to become the President of Nigeria, or do you think he is just another useful idiot for the “Cabal” that would only be doing “follow, follow” and be another puppet leader?

Our dear nation has come too far, suffered way too much, and we’ve waited too long for good governance. We cannot afford to get it wrong again in the elections next year.

These questions, and more, may help us get some much-needed clarifications and direction as to whether Nigeria has found the right candidate in Prof. Yemi Osinbajo or we should keep searching.

Please see the Vice President’s resume below, and don’t forget to share your thoughts on this with us in the comments section as well. 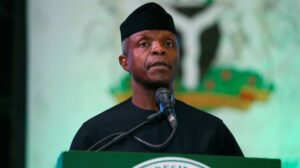 Simmons Cooper Partners (Barristers and Solicitors), Senior Partner, 2007 till date
The University of Lagos, Professor of Law, Department of Public Law, Faculty of Law, 2007 to 2013
Lagos State Ministry of Justice, Attorney-General and Commissioner for Justice
Member of Cabinet, Lagos State, 1999 to May 2007
United Nations Secretary General’s Committee of Experts on Conduct and Discipline of UN Peacekeeping Personnel around the globe, Member (2006)
United Nations Operations in Somalia, Staff Member, Justice Division, UNOSOM II
Law Firm of Osinbajo, Kukoyi & Adokpaye, Partner
The University of Lagos, Professor of Law and Head of Department of Public Law (1997-1999)
Federal Government of Nigeria, Special Adviser to the Attorney-General of the Federation and Minister of Justice, (legal advice and litigation), 1988-1992
The University of Lagos, Senior Lecturer I (1983-86), Lecturer II (1981-1983),
Bendel Development and Planning Authority, Legal Officer (Youth Service),1979-1980 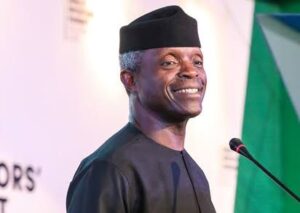 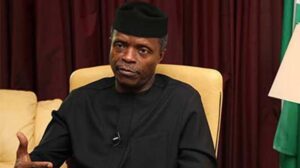 Problems and Prospects of Development Control 2004
Elections and Electoral Malpractices in Nigeria 2009
The Imperative of Electoral Reforms – A Critical Element of Constitutional Re-engineering of Nigeria 2009
Strengthening The Code Of Conduct Bureau 2009
Building Ethical Institutions: The Experience Of The Lagos State Judiciary 2009
The State Of Criminal Justice In Nigeria: Challenges And Opportunities 2009
Transparency And Ethical Considerations In The Development Of The Nigerian Economy 2009
The Responsibility Of Privilege 2010
Reforming Civil Procedure Rules: The Lagos State Experience 2010
Understanding How The Legal Process Works In Business 2010
The Modern Justice Delivery Technique 2010
Challenges Of Enforcement Of Securities In Nigeria 2010
Political Institutions And Electoral Integrity 2010
Development and Policy Use of Criminal Justice Information and Statistics 2010
The Retreat of the Legal Process 2011
The Rule of Law: The Foundations are Shaking 2011
Structuring Criminal Justice Administration In A Federal State: Priorities For Nigeria 2011
Regulatory Framework for Curbing Internet Crimes and Money Laundering 2014
Leadership and Legacy: The Power of One 2014
Repositioning Nigerian Universities For The 21st Century: Paradigms For Innovation And Change 2014
Delays In Justice Administration: Beyond The Rules And The Law 2014
Towards A More Transparent And Merit‐Based Judicial Recruitment System In States Judicial Service Commissions 2014
The Rule of Law and National Development 2014