Residents Riot As 3 Siblings Disappear From Abuja School In One Afternoon!

by Mgbeke Media
in Mgbeke Special
39 1
1

Residents Riot As 3 Siblings Disappear From Abuja School In One Afternoon!

Residents of the Kabusa community in Abuja, Nigeria, recently went berserk and came out en masse earlier this week to show their displeasure at the government after three siblings mysteriously disappeared from their school.

Their mother had reportedly gone to pick them up after school hours, as usual, only to discover that all three of them had gone missing from the school in the ECWA One region of Abuja. She immediately raised the alarm, but efforts by her, the school staff, and other residents to locate the children yielded no results.

The incident reportedly created a lot of panic and agitation. The community women mobilized themselves and formed a barricade at the entrances of the school and the police command in the area in protest of the unsavory development.

Identified as Alex, Rehoboth, and Marvelous, the three siblings are still at large after they were allegedly abducted from the school known as Star Child Academy. The community organized an extensive search party to comb the entire district for them, but all efforts to locate them have been fruitless to date.

According to reports, a close friend to the children’s family said: “The father of the three children is my colleague, and we live in the same area. Around 1.28 pm on Tuesday, we sat together and had some conversation when a call from his wife came in. She said she went to the school to pick up the three children, but they were nowhere to be found. The father of the three missing children immediately put a call through to the owner of the school.

The woman was not cooperating at that moment; their dad was upset. About 20 minutes later, he left the place of work and dashed to his residence. He then reported the incident at a police station. On Wednesday, women in the community, both young and old, protested at the school and the police station. After then, there was information that somewhere around Waru, there were corpses of some children; we went there, and there was nothing like that.

Up till now, we don’t know where they are; their parents and the entire community have been thrown into mourning. The family recently lost one of their children, and now all of the surviving children are nowhere to be found. They are two females and one male. The first one is eight years old, the second is six years old, and the last is two years old.” 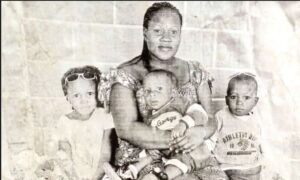 Also speaking about the incident, the Abuja spokesperson for the Nigeria Police, DSP Josephine Adah, confirmed the sad development and disclosed that the school’s proprietor and all the teachers had been arrested for unraveling how the children vanished from their care. “The matter was reported to us. We have arrested all the teachers and the proprietor of the school. The case has now been transferred to the State Criminal Investigation Department,” DSP Josephine stated.

We’ve also gathered from the reports that there have been a lot of cases of disappearances and abductions in this area in Abuja, Nigeria, in recent times. The recent kidnapping of these siblings was just a tipping point. The residents trooped out to protest and appeal to the Federal Government of Nigeria for help over the worrying insecurity they’re facing.

During the protest, one of the residents reportedly said: “This is not the only incident; week in and week out, we experience attacks by bandits in this community. Why do we have a government if our lives and property are not secured? The government must live up to its task and provide adequate security in the community.” 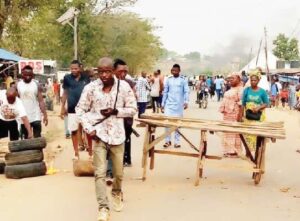 This disturbing development raises a few pertinent questions in our minds here, though, and we would like to share here now:

1. Does this school have a good security team or detail that watches over the children as they leave after school every day?

2. If yes, Why did the school’s security guards release three children to an unknown person if they (the security personnel) are somehow not directly involved in the abduction?

Several other questions come to mind as we dwell on this issue. We can only pray that God somehow brings these innocent children back home safely and soon too; Amen!