Osinachi’s Children To Testify Against Their Father Wearing Blindfolds

Justice N.K Nwosu-Iheme of the High Court of the Federal Capital Territory (FCT), sitting at Wuse Zone 2, Abuja, Nigeria on Tuesday, ruled that the two children of the late popular gospel singer, Osinachi Nwachukwu, will testify in the trial of their father for the death of their mother wearing blindfolds.

Their father, Peter Nwachukwu, was dragged before the court by the Federal Government on a 23-count charge.

He was alleged to have killed the singer, who died on April 8, 2022, and was initially thought to have died of throat cancer.

Following claims that the husband had been assaulting the singer, who sang the popular “Ekwueme” song, and public outcry, Mr. Peter Nwachukwu was later arrested and charged before the court. 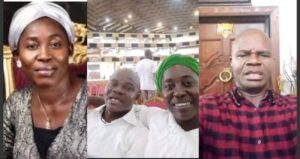 At the resumed hearing of the case on Tuesday, June 21, 2022, the prosecuting counsel, Aderonke Imana, informed that Osinachi’s twin sister and late singer’s children would be called to testify for the prosecution.

She, however, urged the court to protect the children by blindfolding them and putting them in a shield while they testify.

The prosecutor further prayed the court to direct non-parties in the suit to vacate the court when the children are to testify.

The prosecuting counsel then made three oral applications and urged the court to grant them.

According to Imana, “The first application is predicated on the provisions of Section 156 and 158 of the Child Rights Act. We hereby apply that all the other persons in this court that do not fall under the category under the law should vacate this courtroom in the interest of the children who are our witnesses for today.

“Our second application is predicated on Section 209 of the Evidence Act and Section 169 of the Child Rights Act. We are applying that the persons who are under 18 should give unsworn evidence.

“Our third oral application is based on Section 2 (1) of the Child Rights Act. We hereby apply that the child witnesses be brought into the court with a blindfold and be shielded with a screen, in the cause of given witness.”

After listening to the prosecuting counsel, the judge granted the applications made by the prosecution and ordered that the children be blindfolded and shielded while giving their testimony before the court. 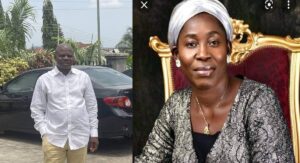 “Having considered the application, I hereby ordered that parties to the case, parents, or guidance should observe the testimony. Therefore, all other members of the public and the press shall be outside.

“The children shall be blindfolded and shielded while given their testimony,” Justice Nwosu-Iheme ruled.

Based on this decision to bring the late singer’s children to testify in the trial of the death of their mother, some reactions and questions like, what was the cause of the singer’s death?

What did the autopsy say about her death?

If they have conducted an autopsy on her, an autopsy is supposed to give an accurate result of what happened or the cause of her death, and don’t you think that the little kids could be influenced or manipulated by some adults to speak against their father? Don’t you think that these kids should be left out of this case because they are still minor and already dealing with a lot physically, emotionally, and psychologically at this time?