SAMMIE OKPOSO’S INFIDELITY: Let’s Embrace Our Human Nature – It Will Never Be Perfect.

“PRAY NEVER TO FALL INTO THE HANDS OF PEOPLE.” – Dr. Charles Awuzie

On Sammie Okposo – the Nigerian gospel singer who cheated on his wife with a sexy American worshipper.

I am more afraid of the judgment of religious people than I am afraid of Satan or even God’s punishment.

Friends, I am more afraid of the condemnation of religious people than the punishment of God.

I left organized religion because of how it hypocritically destroys the weak at their weakest point instead of strengthening them in their moment of weakness. 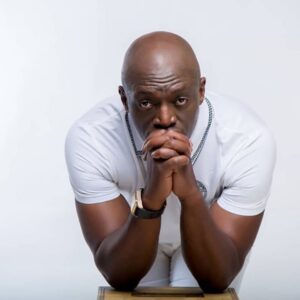 Like David, I avoid anything that would make me a subject of the analysis of religious minds where they begin to analyze, measure, Criticize and condemn your morality based on fake standards when they should be praying for you.

As a Non religious Man, I can no longer be judged or measured by any religious yardstick. If I find myself in the shoes of King David or King Sammie Okposo tomorrow, I will gladly call a family meeting, embrace the newborn child.

In my current state of spirituality, no child should be aborted because all children are special gifts to the world.

Religious people are responsible for the high statistics of abortion in Africa because religious people love to cover their ‘sins’. This is where I disagree most with religious people. Why cover up your weaknesses? In my new book, I am sharing my personal struggles, weaknesses, sicknesses etc. Like, I have nothing to hide. You need to get the book when it is published and it will inspire you to embrace your truth without shame but with pride.

Enough of judging people who ‘sin’ differently. Show kindness, humanity, compassion to the morally weak while encouraging them to improve on their character and behaviors. It doesn’t mean that you permit cheating etc but it means that you accept the reality that you too could make the same mistakes.

Like King David, Sammie Okposo is a King in the kingdom of music. One weakness is not enough to forget the identity of the king. Even in his failed state, David was still the king.

In 1994, Sammie Okposo was crowned Most Promising Male Artiste.

In 1997, The Movie Awards, Nigeria crowned him Best Sound Track. He won this tittle for 3 years consecutively.

Then in 2001, he was crowned Best Gospel Artiste.

He won multiple awards annually until in 2012 when he was crowned Trailblazer of the year in the United Kingdom.

From 2012 to 2021, Sammie Okposo has won more awards than all the people disrespecting his legacy put together.

My biggest problem with FALLING INTO THE HANDS OF PEOPLE is that they will forget everything you have done over the years just because of one area of your life you struggle with.

Before you think I am here to defend Sammie Okposo, I consider him a super-hypocrite of the African religious hypocritical organization for doing in secret what he condemns in public – a common religious reality. So this is not a defense for him but a defense for TRUTH AND HUMANITY.

Let’s embrace our human nature – it will never be perfect.

May I never fall into the hands of people dear goodness. This is the miracle I need.