In a perfect depiction of the African saying: “One day the bushmeat will catch the hunter,” an officer arrested three people on patrol after they allegedly shot at a decoy deer with a crossbow in Massachusetts. 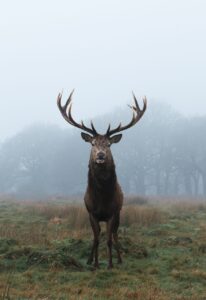 Thinking it was a real game, the illegal hunters were rounded up by the police as they were attempting to flee the scene after discovering that their prize was nothing but a stuffed animal.

Indeed, not everything that glitters is gold, and it is not every seemingly “open door” or opportunity one should jump on. These men may have learned these lessons very harshly even though it does serve them right for disobeying the State law on illegal deer hunting. 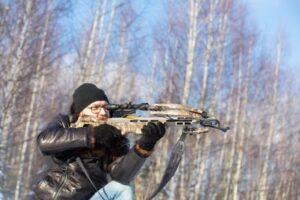 According to reports, police found out they had killed more deer before being apprehended that night, so they impounded the group’s car, the slain deer meat, and their hunting crossbow. On March 15, 2022, the three men appeared in court, with two of them facing fifty-six (56) extra charges.

Illegal deer hunting had almost made the animals extinct. To prevent this from happening, the government issued protective laws, and prohibitions were also put in place. Yet, people would still devise devious ways to kill the deer. The government warned that shooting deer from a public roadway, shooting deer when it is not hunting season, and using nighttime spotting for hunting the deer is highly prohibited. 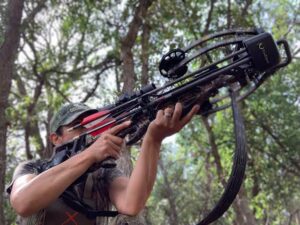 Instead of adhering to this, these three men brazenly flaunted the law and must now face the music squarely. No matter how tempting the illegal thing is, please, always do all you can to stay away from it. There is no reward great enough to jeopardize your freedom and sanity!