Today is April 27th, 2022, a little more than one year after former Minneapolis police officer Derek Chauvin was found guilty of killing George Floyd, his counsel asked an appeals court to reverse his conviction.

Chauvin’s attorney William Mohrman in the filing he made recently asked the Minnesota court of appeals to either overturn Chauvin’s conviction, order a new trial in a new venue, or have him be re-sentenced, citing a slew of issues with how the case was originally tried.

A Minnesota jury convicted Chauvin on April 20 on all three counts in the murder of Georg Floyd, whose death on Memorial Day 2020 sparked nationwide protest against police brutality and systemic racism.

In late June 2021, the former police officer was sentenced to more than 22 years in prison.

In the filing, which was made Monday, William Mohrman argued there were a slew of issues with Chauvin’s original trial from pre-trial publicity, jurors’ fear for their safety, and the possibility of further riots erupting if they acquitted Chauvin of prosecutorial misconduct.

“The overwhelming media coverage exposed the jurors — every day — to news demonizing Chauvin and glorifying Floyd, which was more than sufficient to presume prejudice. However, the real problem is the jurors expressed concern for (i) they and their family’s safety and (ii) riots breaking out in the event they acquitted Chauvin,” William Mohrman wrote in the 82-page filing.

Cases involving such violent threats by the community in the event the jury finds the defendant not guilty, and all of them involved police officers and required a transfer of venue.

In the document, Mohrman further argued a change of venue was necessitated by “an atmosphere of community violence” directed at his client. 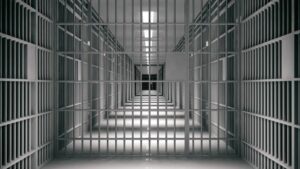 He described the threat as “extreme,” requiring the courthouse to be surrounded by barbed wire and soldiers during the trial. National Guardsmen were also deployed throughout the city and businesses were boarded up in case a riot erupted in the event of Chauvin’s acquittal.

“The jurors, because they were not sequestered, saw this every day,” he said.

He also pointed to the City of Minneapolis announcing a $27 million settlement with Floyd’s family in March of last year as the jury was being selected as being a corrupting issue.

The attorney further argued that Chauvin’s conviction should be reversed as a police officer cannot be convicted for felony murder under Minnesota law. 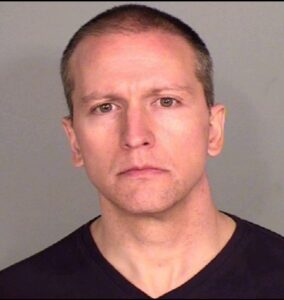 “Chauvin is a police officer statutorily authorized to commit ‘assaults’ to effect an arrested” under Minnesota state law, he said.

In late February, three other former Minneapolis police officers who were involved in Floyd’s death were found guilty in a federal courtroom of violating his civil rights. Chauvin had pleaded guilty to federal charges in Floyd’s death in December of last year.

The other three police officers, Tou Thao, J. Alexander Kueng, and Thomas Lane earlier this month also pleaded not guilty to charges of aiding and abetting related to their role in George Floyd’s fatal arrest in a Minnesota courtroom.