DMX is currently in a "vegetative state," his manager told the New York Times on Sunday, adding, "We're just praying"

by Mgbeke Media
in Mgbeke Special
46 1
0

DMX is “facing serious health issues” after he suffered a heart attack on Friday night and was admitted to White Plains Hospital in New York, his family said in a statement obtained by PEOPLE.

“We ask that you please keep Earl/DMX and us in your thoughts, wishes, and prayers as well as respect our privacy as we face these challenges,” the family of the rapper (born Earl Simmons), 50, wrote.

The Ruff Ryders to the Rescue Foundation will be holding a prayer vigil outside of White Plains Hospital on Monday.

DMX is currently in a “vegetative state,” his manager, Nakia Walker, said to The New York Times on Sunday. “We’re just praying,” Walker said, noting that some of his family members have been allowed to visit him in the hospital.

Walker also told the reporter that DMX is “still in the same condition — in a vegetative state, [with] lung and brain failure and no brain activity.” 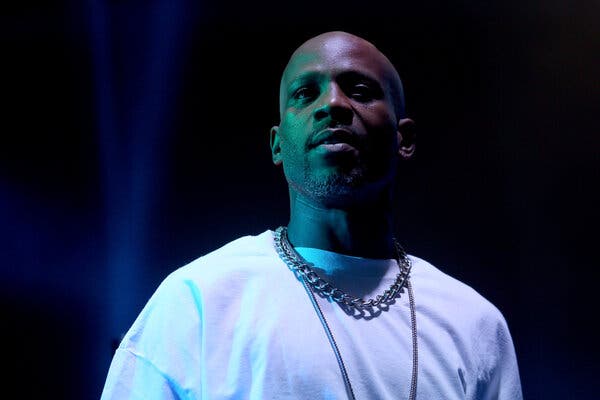 “He is truly an amazing person. He walked into a room, he lit up the room. He couldn’t help making you feel good in his presence,” the “Where the Hood At?” artist’s attorney Murray Richman said of his client of 25 years.

Richman previously confirmed that DMX was admitted to the ICU after a heart attack, and he had to be resuscitated and put on life support, according to NBC News. The lawyer did not know what caused the heart attack, and he was unable to confirm a report about an alleged drug overdose.

Fans are outside and showing support for #DMX! Let’s continue to keep him in our prayers ❤️🙏🏽 pic.twitter.com/6KkPQFm3xG

“Last night Earl ‘DMX’ Simmons was rushed to the hospital after collapsing at home. At this time he remains in ICU in critical condition. Earl has been a warrior his entire life. This situation represents yet another road he must conquer,” the rapper’s family said in a statement to TMZ.

“The Simmons Family appreciates the overwhelming outpouring of heartfelt love, encouragement, support, and prayers for Earl,” the statement continued. “Earl is someone whose life and music have been a source of inspiration and strength to so many people around the world. It is reassuring to see his fans return that same passion and energy to him during his time of need.”

DMX has received an outpouring of support from friends, including Eminem, Rick Ross, and Eric B. Some of his fans have also shown up outside his hospital to wish him well.

The star has been open about his struggles with drug addiction in the past. He canceled a series of performances in 2017 to reenter a rehabilitation facility, according to Rolling Stone. “It is important right now that he take some time off to focus on his health so that he can be a better father, friend, and entertainer,” his manager Pat Gallo said in a statement at the time.

DMX had another stint in rehab in 2019 after he served a prison sentence for tax evasion..