CDC Investigators Reveal That Rare Hepatitis Causing Liver Damage In Children Is Unrelated To COVID Or Its Vaccine!

CDC Investigators Reveal That Rare Hepatitis Causing Liver Damage In Children Is Unrelated To COVID Or Its Vaccine!

Health investigators have disclosed that the reported new strain of rare severe hepatitis in children has nothing to do with COVID-19 or the Covid vaccines.

This revelation was made after widespread panic over the Covid vaccines erupted again after an announcement by the Centers for Disease Control and Prevention (CDC), which asked physicians nationwide to be on the lookout for unusual cases of severe hepatitis in children. 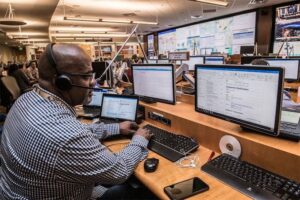 A health advisory was issued by the CDC today, April 21, 2022, after two cases of the hepatitis strain were reported in North Carolina and nine others reported in Alabama.

A spokesperson for the North Carolina Department of Health and Human Services, Bailey Pennington, reportedly disclosed that two “school-aged” children in that State had developed severe hepatitis but have since recovered.

Bailey added that: “No cause has been found, and no common exposures were identified.”

In Alabama, blood tests on some of the affected children revealed signs of elevated liver enzymes, and they also developed jaundice. 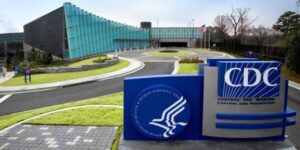 Many of the affected children in Alabam also became so ill that they required liver transplants, but, thankfully, no deaths have been reported so far.

In the reported cases, all the children were previously very healthy without any unknown conditions and were all between 1 and 6 years old.

Viruses, particularly hepatitis A, B, C, D, and E viruses, are frequently the cause of liver inflammation. When those viruses are detected, all clinical labs in the United States are mandated to notify them so that health officials can try to prevent outbreaks. All of the common hepatitis viruses have been ruled out so far.

According to an announcement issued by the European Centre for Disease Prevention and Control on April 19, 2022, several dozens of such cases have also been reported in Denmark, Holland, Spain, and the United Kingdom recently.

Many of the cases that have been reported in Europe have generally been in children between the ages of 2 and 5.

Hepatitis is a medical condition that can result in diarrhea, abdominal pain, nausea, and vomiting due to liver inflammation.