The current defending champions of the prestigious UEFA Champions League, Chelsea FC of England, have been drawn against 13-time winners Real Madrid FC of Spain in what promises to be a mouth-watering footballing spectacle. 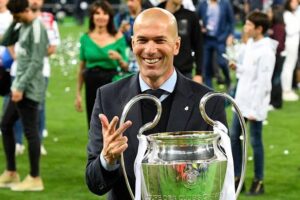 Chelsea is also the current World Club Cup champion. This tie is fascinating because Real Madrid remains the only team in the competition’s history to have ever retained the Champions League crown. 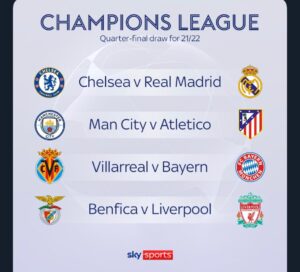 Not only did Real Madrid retain the title, but they also won it an unprecedented three times in a row under legendary French ex-player and manager Zinedine Zidane from 2016 to 2018.

Will The Blues get past this mammoth challenge and overcome the current Spanish La Liga table-toppers? The first-leg clash is scheduled between April 5 or 6, 2022, with the second-leg fixture slated for April 12 or 13, 2022. 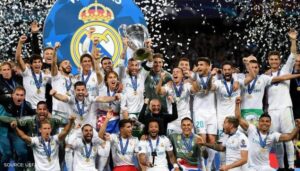 The remaining fixtures for this 2021/2022 UEFA Champions League are also scheduled to be played on the aforementioned dates. They are:

Do you think that Chelsea will be able to follow in Real Madrid’s footsteps and become the second-ever club to retain European club football’s most coveted crown? Please share your thoughts with us in the comments section below now.