Terrorists in Kaduna State, Nigeria have attacked  a church killing 3 worshippers and abducted no fewer than 36.

A former Special Adviser on Media to the Executive Governor of Kaduna State, Mr. Reuben Buhari said the attack on Roboh village, Kajuru LGA where 36 people were kidnapped and 3 killed wasn’t the first attack.

According to him, “attacks on rural communities by kidnappers have been going on without respite. Most go unannounced, unreported.”

“The attack on Roboh village, Kajuru LGA today where 36 people were kidnapped and 3 killed wasn’t the first attack. On 5th January 2022, there were also attacked and some kidnapped. On 27 April, 2020, the community was attacked again and this time some houses were burnt. Then the attack of today, 19 June, 2022.” 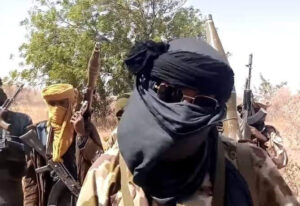 He said because of the constant attacks on the community and surrounding ones, “the people in the village decided to start holding church services early by 7am so that people can hurriedly go back to their homes. It was some few minutes after 7am today, while both the Catholic and Baptist churches were holding their services when the kidnappers attacked.”

“I spoke to a man whose wife, mother and daughter were taken from the Baptist church today. The anguish in his voice is something none of us should experience. The worrisome part of the insecurity is that most in Roboh have difficulties cultivating their farms. Moreover, because villages like Bakin Gada, Ungwan Pada, Maikori, and Dogon noma, that surrounds Robot have all been attacked at different times, people find it difficult to venture far to their farms.”

According to a statement issued by Aruwanon Sunday, the bandits stormed the villages on motorcycles, beginning from Ungwan Fada, and moving into Ungwan Turawa, before Ungwan Makama and then Rubu. 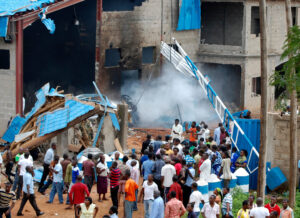 The statement read in part:

Three locals were confirmed killed in the attacks. They were identified as

“Two persons were left injured in the attacks: one Aniro Mai, and a yet-unidentified woman. An unspecified number of locals were also kidnapped, according to the received reports.”

“The bandits looted shops and carted away from some valuables from the villages.”

“The Acting Governor, Dr. Hadiza Sabuwa Balarabe, expressed deep sadness and condemned the attack in the strongest terms. She sent her sincere condolences to the families of the deceased victims, as she prayed for the repose of their souls.”

“The Acting Governor also commiserated with the attacked churches and prayed for the speedy recovery of the injured. Security patrols were being conducted in the general area as investigations proceed.”