by Mgbeke Media
in Mgbeke Special
42 1
0

For as long as anyone can remember, selective justice and racial bias have always been a big challenge that African-Americans and other people of color face in America. It’s almost always as though the entire justice system is against them. 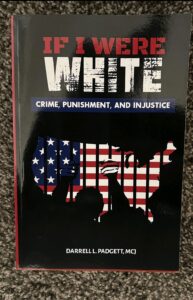 “If I Were White,” by Darrell L. Padgett, MC throws the spotlight on this age-long struggle again, but with a much deeper and personal touch. The book details his journey as an African-American born and raised in a predominantly white neighborhood in Welch, West Virginia.

It recounts a very touching encounter that would initially throw Darrell off his childhood dreams of being a cop and lead him into a life of crime instead. 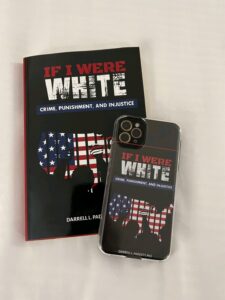 Darrell is a man with mental toughness and a steadfast determination to change the world. He is a man with a burning desire to help other young people stay safe and away from crime. Having gone through purpose himself, he is now living a fulfilled and purpose-driven life.

I am particularly intrigued by the account of how his sister, Vanessa, ended up being convicted for manslaughter after having been initially charged with murder by a juvenile. She pleaded guilty to the accidental death of their mother’s ex-boyfriend, Jimmy, and received a three years probation sentence. 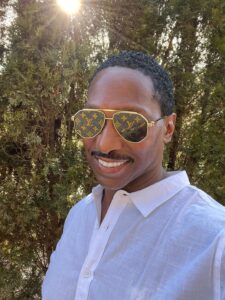 Vanessa was fortunate to have had DeWhite Stephens, an African-American Assistant Prosecutor that believed in judicial equality on her case. Darrell, on the other hand, was not that lucky, though. After dropping out of college in 1990 and becoming a street-level drug dealer, he soon learned how statistically racist the federal drug law system in the United States of America was.

A statement stood out for me in Darrell’s account of Jimmy’s death: “Death, no matter the circumstances, touch someone. Jimmy’s death touched me with sadness.” I like how the author has been able to add a very emotional and philosophical touch to a subject as volatile as fair sentencing and judicial equality. I also like that he could tell his story so that many young people can learn and benefit a lot from it. He did this while also highlighting that things may not have been as hard for him if the color of his skin was white. 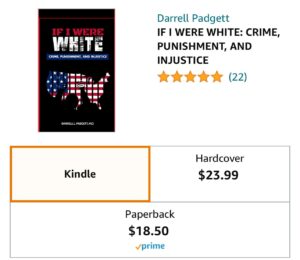 “If I Were White” is a book that I find to be both informative and very inspiring. It is one that I also highly recommend that everyone should read – both young and old alike, all across the United States of America. I would also like to specially recommend the book to every single Black mother, Black single parents, and men currently doing time in prisons across the country. It would also be great if this book is adopted in reading clubs and Black communities so that children from the age of 8 and above can read it.