The lawyer also prayed the court to release his client on bail but the judge refused the plea, saying the suit contained weighty allegations that would require the response of the Federal Government.

Kyari was arrested by the National Drug Law Enforcement Agency on February 14, 2022, for alleged links in drug-related crimes.

Kyari, on Monday, dragged the Federal Government to court, seeking his release from NDLEA custody.

In the suit marked FHC/ABJ/CS/182/22, the ex-head of the Police Intelligence Response Team prayed the court to compel the NDLEA to grant him bail on health grounds, pending the hearing and determination of his fundamental right enforcement application.

Kyari’s lawyer, Ikena, claimed the ‘super cop’ is suffering from diabetes and hypertension.

But Justice Ekwo refused the prayer and said, “Upon studying the process of the Applicant and averments in support thereon, I think that the respondent should be put on notice.”

The judge, therefore, ordered that all the relevant processes should be served on FG which was cited as the sole respondent.

Justice Ekwo also adjourned the case till February 24 for a hearing. 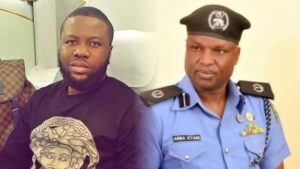 The PUNCH had reported that the anti-narcotics agency on February 14, 2022, indicted Kyari, in alleged drug trafficking and related offenses.

The Inspector-General of Police, Usman Baba, subsequently handed over Kyari to the anti-narcotics agency for prosecution over alleged links in drug trafficking after the NDLEA released a damning photo and video evidence to nail Kyari.

The NDLEA said Kyari, the suspended IRT head, belonged to a drug cartel that operates the Brazil-Ethiopia-Nigeria illicit drug pipeline.

The anti-narcotics agency also said Kyari contacted one of its officers in Abuja and struck a deal to secure the release of a total of 25kg seized cocaine and offered a $61,400 bribe to NDLEA officers who played along until his arrest.

The IGP in a statement had corroborated the NDLEA’s findings, saying incontrovertible evidence indicted Kyari in the drug crimes.

The NDLEA had also said it would charge the cop and four others to court. 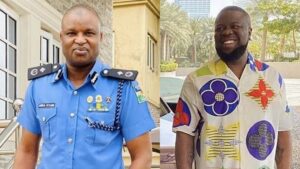 The police commission had suspended Kyari on July 31, 2021, after the Federal Bureau of Investigation in the United States indicted the cop for his alleged role in a $1m scam allegedly perpetrated by alleged international Internet fraudster Ramon Abbas, aka, Hushpuppi, and five others.

The FBI had said Hushpuppi paid Kyari N8m or $20,600 for the arrest and detention of a “co-conspirator,” Chibuzo Vincent.

The United States Attorney’s Office at the Central District of California had declared Kyari wanted but the Nigerian government has yet to extradite him to face prosecution in the US before the cop’s NDLEA ordeal.