2022 Democracy Day Celebration In Nigeria Raises Vital Question – Was There Truly Anything To Celebrate?!

2022 Democracy Day Celebration In Nigeria Raises Vital Question – Was There Truly Anything To Celebrate?!

In keeping with the national tradition of honoring the day Nigeria’s 4th Republic began, the Presidents of Nigeria – present and past – and all her top government officials and dignitaries gathered on June 13, 2022, to commemorate this year’s Democracy Day. 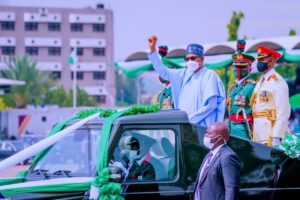 It was a very colorful and glamorous event, as always, and it was flagged off by the traditional marching of Commander Guards Brigade general salutes. 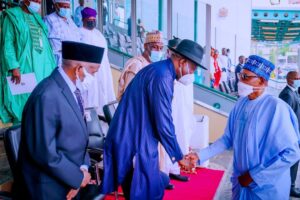 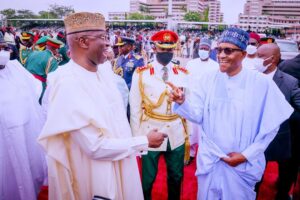 Also in attendance were the Chief Justice of Nigeria, Justice Ibrahim Tanko Muhammad; ministers and members of the National Assembly, permanent secretaries, and heads of federal ministries and parastatals.

Some notable absentees at this year’s ceremony were former President Olusegun Aremu Obasanjo, his then Vice President Atiku Abubakar, and some other top dignitaries. 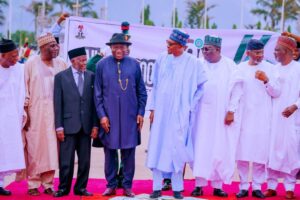 Following the commendable steps that were taken by the government and people of Ondo State in line with the recent heavy bloodbath in the State, one can not but wonder: Would President Buhari or any of these other national leaders have perished if they had also canceled that celebration and ordered all flags to be flown at half-mast yesterday?

Governor Rotimi Akeredolu of Ondo State ordered that the celebrations in the State be canceled in honor of the lives they lost in the recent terrorist attack on St. Francis Catholic Church in Owo, Ondo State. 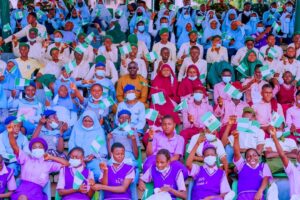 This year alone, Nigeria has lost an insanely alarming number of lives to bandits, kidnappings, “unknown gunmen,” and daring terrorist attacks all over the nation. If there was ever a time when our so-called leaders should think of shelving an annual party, it is now! 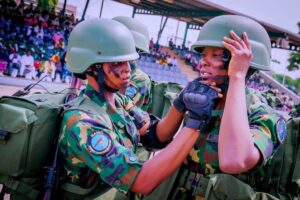 Alas, how can we even expect such from these bunch of people that still had a merry party on the night of the same day that over 96 people had been brutally massacred?